When you devote five years of your life to one project, you’re bound to become emotional when it comes to an end. That’s exactly what happened to actress Daisy Ridley. She first began filming her role as Rey in the Star Wars sequel trilogy back in May of 2014. This December, Rey’s journey will come to an end with The Rise of Skywalker. She recently sat down to discuss just how overwhelming it was to wrap her last scene in Star Wars.

Rey has been the sequel trilogy’s central character since the camera cut to her scavenging parts from a derelict Star Destroyer in The Force Awakens. Her character has also been the center of the greatest speculation surrounding the sequels. How did Rey get so powerful in the Force, and who were her parents? Director J.J. Abrams tells us we’ll learn those answers in Star Wars: Episode IX. For Daisy Ridley, bringing all of that to a close was an emotional experience.

“I just can’t remember it,” she said during an interview for PeopleTV’s Couch Surfing (courtesy of EW.com). Daisy Ridley vaguely recalls J.J. Abrams making a speech and then handing her the microphone to say a few words. “…I was the last person to wrap. It was my final shot and I’m just crying in the shot… It was incredibly dramatic.”

In fact, the Ophelia star likened her final moments on set to that of an old music video, right down to the tearful car ride taking Daisy Ridley away from Star Wars forever:

[T]hen [I] got in the car and looked out the window like I was in a music video: tears rolling down my face, hand to the window, thinking about days gone past.”

There is a lot riding on Star Wars: The Rise of Skywalker. Its predecessor, The Last Jedi, divided the fan base and created so much turmoil even J.J. Abrams admitted the difficulty of producing Episode IX in its wake. Hopefully the fans will share in Daisy Ridley’s emotion when the film hits theaters December 20.

Hype is rapidly heating up as we approach next month’s … 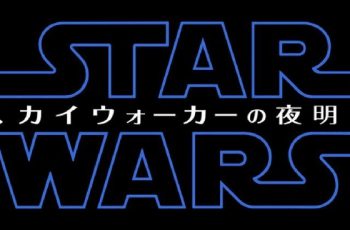