Jokes of their poor aim aside, Stormtroopers were intended to be the elite fighting force of the Empire in Star Wars. We first saw the faceless, imposing soldiers in the opening scenes of the original Star Wars back in 1977. Since that time, the troopers have evolved and expanded through the course of ten, live-action feature films. Some of those iterations were on full display this past weekend at Comic-Con International in San Diego.

Now keep in mind – the display at the Lucasfilm pavilion only showcased Stormtroopers. The clone troopers of the prequels and The Clone Wars animated series had no presence. (We can assume that’s because those troopers never had a practical-effect appearance in the films.) Rather, the display featured those from the original and sequel trilogies, as well as Rogue One: A Star Wars Story. You can view the original, screen-used costumes in full detail below. We’ll start with the originals and end with the brand new Sith Trooper which we’ve only seen thus far in toy form.

Stormtroopers of the Original Trilogy

You can’t have a display of Imperial Stormtroopers without the classic original. This uniform served as the basis for all other armor-clad Imperials. Elements of, or nods to the original are found in all troopers that followed.

Joining the original from Star Wars was the Imperial TIE Fighter Pilot, an iconic Stormtrooper variant throughout the entire original trilogy. Rounding out the early era of Star Wars was the Scout Trooper from Return of the Jedi. Sadly, no Snowtroopers made the journey to warn and sunny San Diego.

(Trooper gallery, including the Sith Trooper, continued on following page.) 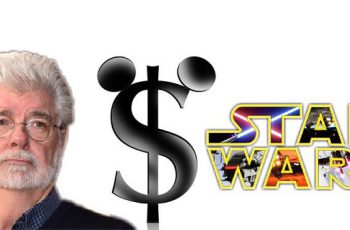 First, The Force Awakens killed off Han Solo. Then The …
Last month, Boba Fett fans rejoiced when the much-rumored film …