“Why does everyone want to go back to Jakku?” Finn uttered that rhetoric question in Star Wars: The Force Awakens. First Poe needed to retrieve BB-8. Then Rey desired to return in hopes of reconnecting with her family. However, even Luke Skywalker conceded that the desert planet is “pretty much nowhere.” But it’s not really nowhere, is it? In fact, it may very well be the key to everything.

We got our first glimpse of the planet in 2015’s The Force Awakens as Rey scavenged a derelict Imperial Star Destroyer. The ship was one of many mechanical ghosts left in the wake of the Battle of Jakku, the final , major conflict of the Galactic Civil War. But why did the battle take place there, of all possible places in the galaxy? For that answer we turn to Chuck Wendig’s Aftermath series, and its conclusion, Empire’s End.

As we learned in Empire’s End, the barren wasteland of a planet had been the perfect hiding place one of the Emperor’s observatories. What exactly happened, or what research took place there, remains a mystery. Notwithstanding, it was important enough that Emperor Palpatine ordered the entire planet destroyed, his “Contingency”, in the event of the Empire’s fall. Admiral Gallius Rax returned to Jakku to carry out the Emperor’s orders. Of course he failed, falling to the unlikely team-up of Rebel Nora Wexley and Imperial Grand Admiral Rae Sloane.

We meet the extremely Force-sensitive Rey on the planet of Jakku. From flashback scenes we know someone, her parents or otherwise, left Rey in Unkar Plutt’s corpulent hands. We also know from the Aftermath series and from The Force Awakens that first Brendol, then Armitage Hux, was building legions of future troops by kidnapping children for training. That program began with kidnapped children on Jakku… where we find Rey.

Jakku: Key to The Rise of Skywalker?

There are a couple of possible reasons for Rey’s abandonment there. First, Rey as a child of Jakku, was an intended candidate for service in the rising First Order. Her parents (or someone else) hid her with Plutt before Hux could get his hands on her. But what significance did the children of Jakku have in the first place?

The other possible reason for Rey’s abandonment ties directly to the Emperor. (Palpatine, of course, will return in Episode IX.) As the theory goes, Rey wasn’t born of Jakku… but rather she was made there. The Emperor was hell bent on protecting the secrets contained within his observatory. Rey may very well have been one of them, a clone grown in secret to eventually carry on the Emperor’s legacy.

Episode IX will reveal the truth behind Rey’s parentage. We anticipate that it will unveil the importance of Jakku, and the Emperor’s observatory there, as well. 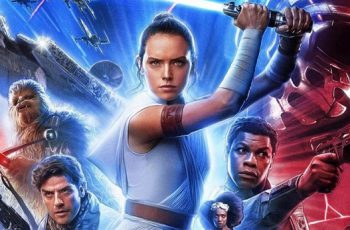 Earlier today we learned that Star Wars: The Rise of … 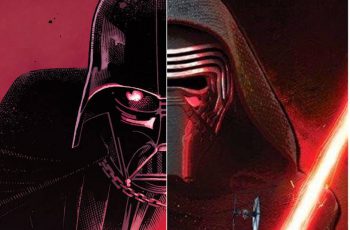 The Star Wars fandom currently has two camps on Kylo …