The Star Wars franchise can be a funny thing. Setting aside the currently divisive fan base, there is generally one fact upon which most fans, old and new alike, can agree. One of the greatest “characters” in Star Wars isn’t a character at all; it’s a ship. And there’s none more iconic in the franchise than the Millennium Falcon. Here’s why the Falcon deserves not only to be considered a character, but among the best characters in the entire franchise.

“What a piece of junk!” Luke Skywalker’s words were among the first spoken in Star Wars to describe the YT-1300 Corellian freighter. No, it didn’t look like much, but… When it counted, the Millennium Falcon always rose to the occasion. Han Solo used it to make the Kessel Run. It outran Imperial Star Destroyers. The freighter even helped destroy not one but two Death Stars. And, on more than one occasion, it allowed our heroes escape from dire situations. From Hoth to Jakku and everywhere in between, The Falcon rose above its faults when its passengers needed it to the most.

It’s the toughest ship in the galaxy

Someone posted the question on Facebook recently of which ship would win in battle, the U.S.S. Enterprise from Star Trek, or the Millennium Falcon. As one astute reader pointed out, we’re on eighth iteration of the Enterprise. It’s been destroyed multiple times over. Yet, when it comes to the Falcon, however, we’re still on the one and only original. That is despite the disastrous damage the ship has incurred over the years, too. Remember, the Falcon was basically obliterated during the Kessel Run. (You can see the details of that in the video below beginning at the 2:03 mark.)

Prior to the battle of Hoth, our favorite freighter took on heavy damage again in a battle with Vader’s Death Squadron. It’s been stolen, damaged, crashed, repaired, and strung together with tape and wire. Nevertheless, the Falcon keeps going like the Energizer Bunny. You don’t see Captain Kirk’s ship doing that.

Joining C-3PO, R2-D2, Chewbacca and Yoda, it’s one of the few characters to appear in all three trilogies thus far. (No, baby Luke and Leia don’t count.) There is a scene on Coruscant when a certain YT-1300 makes its way to a docking pad in a blink-and-you’ll-miss-it scene in Revenge of the Sith. The ship was already around 60 years old by the time of the events of the original trilogy.

The Millennium Falcon, of course, also figured prominently in Solo: A Star Wars Story. By the time the sequel trilogy rolled around, the famed Falcon had existed for nearly a century. (For more facts, check out this book.) There’s a reason this particular ship has lasted so long, and why it has appeared in so many of the films:

It’s the best ship in Star Wars, and fans love it.

At first, following Han’s death, we thought maybe Rey would take over ownership of the legendary bucket of bolts. Now, with images of Lando Calrissian back at the helm…. Maybe the Millennium Falcon will get the ending it deserves and Lando will fly it off into the sunset. We’ll have to wait until Star Wars: The Rise of Skywalker hits theaters in December to find out its fate. One thing is certain, though:

If the Falcon dies, we riot. Just sayin’. 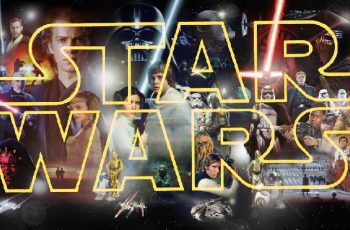 Greetings Star Wars fanatics, and welcome back to JJ’s Fan …
Could Canceled Star Wars Game Live On In Another Form? …