“There was once a tribe of nomadic people on the distant, dusty planet of Tattooine who, for many months, had been terrorized by a dragon.”

The Knight and the Dragon, from Star Wars: Myths and Fables, page 3

So begins the first story of Star Wars: Myths and Fables, titled The Knight and the Dragon. It’s a beautifully written campfire story by author George Mann that goes on to describe a great battle between a lone Jedi Knight and a terrible dragon named Krayt. The dragon has terrorized tribes of Sand People for months. One day, their activity of kidnapping sacrifices for the dragon came to the attention of this old Jedi and he decided to do something to help both those being kidnapped, and the desperate Sand People acting to protect themselves.

Will this be a story in the upcoming Kenobi series on Disney Plus?

“An old knight who had once been regarded as a mighty hero had made his home world on the desert world, where he had long before been tasked with protecting a most particular treasure.”

The Knight and the Dragon, from Star Wars: Myths and Fables, page 12

You’d have to be a pretty simple Moofmilker to not know they are talking about Obi-Wan Kenobi here. As the story goes on, it has all the ingredients of “Old Ben”. The knight of our story has a distrust of Sand People and he carries a blue light saber. He can use the Force to influence animals, and is “protecting a most particular treasure” on Tattooine? No doubt it’s Ben.

Jokes have run rampant on social media about the Kenobi series and what he’s been doing in the desert all those years. Some have commented it could be boring, asking what exciting things are there to do in the hills of a desert planet to make a show out of? Well, taking on a giant dragon, for one. So could we see Ewan McGregor going up against the dragon Krayt on Disney Plus? Dragons in Star Wars? Hell yeah! That would be awesome. It is possible, and mostly because this book has given us another conduit from EU to canon.

Canon is a fickle mistress in Star Wars, especially since the EU purge. Fans have strongly criticized Disney over their rejection of EU Legends stories, but perhaps they are seeing the light. Or in this case, the dark.

Another story in Myth and Fables tale has brought to the forefront a name fans have argued about for years. The Myths and Fables story Gaze of Stone starts out with this:

“On the desolate planet of Moraband, high on a weather-worn mountaintop, stands the statue of a robed Twi’lek. For a thousand years or more, since the ancient times when the world was known as Korriban, this lonesome figure has cast its gaze upon the bleak landscape below.”

Gaze of Stone from Star Wars: Myths and Fables, page 99

The Sith planet of Korriban was named in a 1994 Dark Horse Comic series, Tales of the Jedi: Dark Lords of the Sith, then changed to Moraband in canon for The Clone Wars series at George Lucas’s request. The name Korriban was relegated to Legends and left out thereafter. Some insiders say George liked Moraband better because it would be easy to confuse Korriban with Coruscant. With the inclusion of the name in Myths and Fables, it is back in canon.

By outright naming the two planets as one, the EU and legends history written for Korriban is now attached to Moraband and canonized. This revelation brings 30,000 years of EU Sith history together and gives it a definitive home. This also clears up any confusion over whether or not they were ever two different worlds. 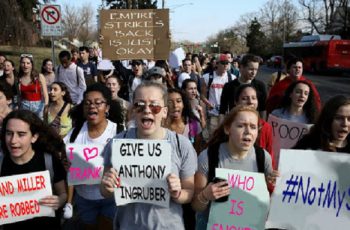 Rian Johnson’s The Last Jedi divided the Star Wars base. … 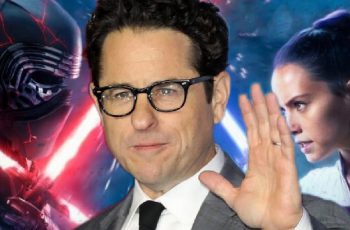 If you’re among the contingency of Star Wars fans hoping …