This announcement released on Hot Toys’ Facebook page caught The Mandalorian fans by surprise. It had over 1000 likes after only 25 minutes. Here is the official post from Hot Toys:

Returning to the enclave on a volcanic world with a camtono of Imperial beskar, the Mandalorian intending to create new armor from it was confronted by a group of other Mandalorians, including Heavy Infantry Mandalorian, who condemned the lone gunfighter for transacting with the Empire.

Hot Toys adds to the lineup

Following the official introduction of the first wave of Hot Toys’ The Mandalorian collectible figures featuring the title character and IG-11, we are excited to continue the unveil of astonishingly detailed collectibles based on the first-ever live action Star Wars series and officially introduce the new 1/6th scale collectible figure of this Heavy Infantry Mandalorian!

The highly-accurate collectible figure is specially crafted based on the image of Heavy Infantry Mandalorian. Highlighting the features are the newly designed helmet and armor pieces, meticulously tailored outfit, beautifully applied weathering effects, finely sculpted jetpack, highly detailed and articulated heavy blaster with ammo belt, a blade, and a desert-themed figure base. Don’t miss the chance to add this fully loaded bounty hunter from The Mandalorian in your Star Wars collection!

Hot Toys has done it again with another amazing figure for The Mandalorian. Make sure to checkout their official announcement by checking out their Facebook page by clicking here.

What is your favorite figure that they have done so far? What would you like to see next? You can let us know by hitting us up on Twitter or myself @starwarsnerd574.

Also, make sure to stay up to date on all the Star Wars news by following us at ThatHashtagShow.com. I can’t wait to see you all next year at STAR WARS Celebration. I have spoken. 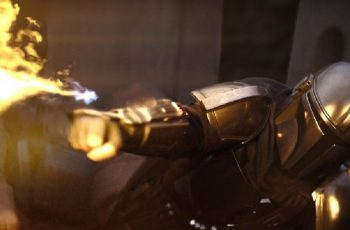 Let’s face it: The forces of good and evil in … 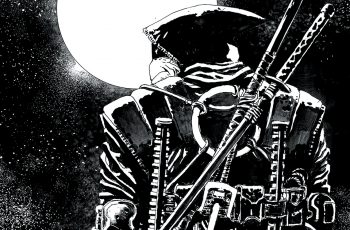 Thanks to IDW Publishing I was able to get an …