One of the biggest trends in the House of Mouse recently has been remaking animated classics into live action films. They began as theatrical releases with Tim Burton’s Alice in Wonderland (2010) and became box office juggernauts with Beauty and the Beast (2017). Last year, they released Lady and the Tramp (2019) direct to the inhouse streaming service Disney+ on launch. According to The Hollywood Reporter, this trend isn’t slowing down as the 1973 contested classic Robin Hood will be the next remake produced exclusively for Disney+.

Robin Hood is to be directed by Carlos Lopez Estrada, written by Kari Granlund, and produced by Justin Springer. The film will reportedly be in the same vein as the animated original, following anthropomorphic animals in place of the classic literary characters in a musical comedy adventure.

The film is in early production and deals were locked in before the current production halt hit Hollywood. Naturally, no casting announcements have been made at this time. According to Screen Rant’s further coverage of the announcement, the film will be fully CGI animated, but will be a departure from the photo realistic styling of The Lion King (2019) and Jungle Book (2016). It will instead carry over the personality and expressive animation from the original 1973 film.

Writer Kari Granlund and producer Justin Springer are no stranger to working with Disney on their live action remakes. Granlund wrote last year’s Disney+ remake, Lady and the Tramp, and the in production Disney+ film, Godmothered. Springer is serving as a producer for Godmothered and also produced the Disney remake, Dumbo (2019) and the underrated TRON: Legacy (2010).

Many passionate fans online have been vocal about their disdain for the live action remakes from Disney. They’re believing them to be nothing but easy cash grabs for the studio. These complaints aside, the studio is showing no signs of slowing down, as both The Lion King and Aladdin grossed over $1B last year. Whether hardcore fans are enjoying them or not, the general public has voted with their wallets that they want more of these films.

Additionally, the amount of subscriptions to Disney+ has skyrocketed in the last few weeks. This is partly due to the current global crisis at hand. It’s not surprising to see that Disney is shifting a section of their remake production to exclusive Disney+ releases. Lady and the Tramp was successful with the launch of the service, so why not bring back members of that team for another film? It only makes sense. 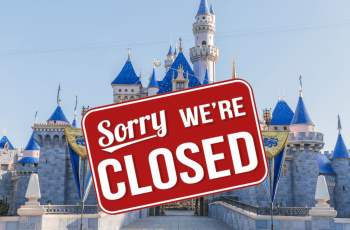 Walt Disney World Resort Due to COVID-19 Disney is offering …

Disney and Lucasfilm teased fans with a sizzle reel for …