Is Subnautica the best game ever made? It very well could be. Or at the very least, it’s the best survival game out there.

Subnautica is an open world underwater survival action-adventure game. It was developed by Unknown Worlds Entertainment, and was officially released on January 23, 2018 after over 3 years spent in Early Access on Steam. The basic premise of the story is that you were on a spaceship, with an emphasis on were. You’re very quickly and violently not on a spaceship anymore, and now you’re stuck floating on an alien ocean with nothing but your escape pod and the little stuff that’s in it. Which isn’t much, and now you have to start gathering food, water, and resources to help you not die.

If you can survive the attacks of alien Jaws though, you’ll find an alien oceanscape that’s worth taking photos of. Lots of photos. The scenery of Subnautica is just gorgeous, and will often make you forget that you have to breathe. The developers obviously have put a lot of effort into making eye candy out of the ocean around you.

Best of all, you can not only stare at the gorgeous scenery, you can also build on them! When you’re the only human on an alien planet, everywhere is free real estate. You can build as many underwater condominiums as you want without some pesky zoning officials complaining about building regulations!

And if those weren’t enough, Subnautica even allows you to have underwater fish buddies! Well, one buddy specifically. It looks like someone stuck a pug on top of an octopus, but it is surprisingly adorable. You can play with it, feed it mysteriously appearing biscuits, and perform magic tricks for it to boot!

What’s not to like about this game? If you’re a fan of survival games, open world exploration games, underwater games, sci-fi games, or even funny games; you can go no wrong with Subnautica. And best of all, there’s even a sequel out called Subnautica: Below Zero. It’s still in Steam Early Access, but if you liked this game, go and throw some money at the developers by buying Below Zero and trying it out for yourself!

As for me, I’ll be back with a review of Subnautica: Below Zero once the full version comes out. See you then! 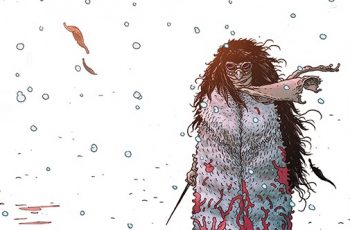