For four and a half years, Star Wars fans have enjoyed the mobile platform game Star Wars: Galaxy of Heroes.  Other games came and went, but GOH endured and does so even to this day.  While the game’s excitement rose and fell, an interesting tid-bit released recently.  The characters from The Mandalorian are coming to GOH!

Galaxy of Heroes has suffered from issues lately as developers seem to be turning a deaf ear to the community.  Not only that, but the requirements they slap on the largest characters makes all but the biggest whales shutter.  Many of their big toons (most recently Jedi Rey and Supreme Leader Kylo Ren) take upwards of a dozen characters or more to unlock them.  Many of those characters released in the past couple of months, making obtaining them a year long process at least.

It will help these characters to be part of the Bounty Hunter squads. With past editions to the group bounty hunters may not be a top tier squad, but in long events like territory wars and territory battles they are certainly solid enough to be usable.  In fact, summaries dropped recently for characters Greef Karga and Cara Dune.  Let’s take a look at these two new adds.

Any bounty hunter that has a payout will love Karga.  Although the part about substantial recovery and support does scare me a bit.  Let us hope that falls into the leader category.  GOH players will cringe with the thought of Bossk receiving MORE recovery and support.  Bounty Hunters may become that wall attackers have a hard time surpassing, especially where a timer is involved.

One does not mess with Cara Dune on the show, and it looks if the same can be said here.  Cara carries the titles Light side, Rebel, Scoundrel, and tank!  She reportedly fits well with scoundrels and rebels.  If she carries the potency up buff, she will self-revive when defeated (not too dissimilar to the rebel pathfinder).  She will also have strong anti-Empire synergies.  (duh).

Cara does not excite me quite as much.  Right now, there is very little Empire being played.  The current meta falls to the Jedi and Sith mostly, but that could change as EA said another major focus for this year will be centered on the 40h Anniversary of Empire Strikes Back.  Rebels need some fresh love the more interesting pairing may be scoundrels.  The scoundrels with characters like L3 and Qi’ra quietly go unnoticed, yet they make great trip up squads in Galactic Arena.

The Mandalorian Coming to GoH: More to Come

Let us hope these new characters can add some fun back into the game.  Many players felt slighted after the way Revan/Malak and Rey/SL Kylo were released.  Also, new characters from Rise of Skywalker failed to make a splash at all.  I have yet to see them pop up anywhere in the game.  This game needs some easy to get, yet impactful characters.

Of course, at some point Mando and I’m sure the Mandalorians themselves will join the game.  While I really do not think we need a third Yoda in the game, Baby Yoda could make a fun addition.  We know Greef and Cara will release on April 22, but we do not know any future dates.

Disney CEO Bob Iger hinted that there is “at least” … 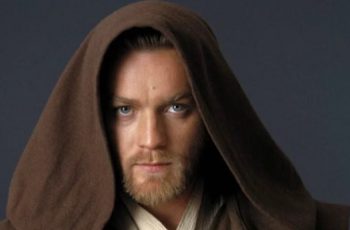 There’s a lot of conjecture out there right now when …