Lucifer used to be the ruler of Hell, but things change and now he owns a nightclub. However, Heaven isn’t quite done with him yet. Find out how Lucifer spends his days and why Heaven keeps asking for favors in this week’s Comic Rewind, Lucifer: Book One.

Long story short Lucifer used to be an angel, a beloved angel at that.  However, Lucifer went against God and was cast out only to rule over Hell.  This is when the comic stuff takes over.

Luicer was tired of living in Hell.  He wanted out, but he couldn’t leave unless he found someone to take his place. Lucifer being a great deceiver tricked the God of Dreams, Moebius, into taking his spot. Lucifer went to Earth and opened up a nightclub called Lux.

He was minding his own business and just tried to live a normal life, but then one day he got a visit from an Angel.  An entity was granting wishes and Heaven wanted it to stop, but they didn’t want to get involved.  Lucifer was a great option and he took on the case.

However, Lucifer realized Heaven would not leave him alone and eventually he would wear out his usefulness.  At that point they would try to take him out for good.  Lucifer decided to prepare himself for that day.  The first thing he needed was to regain his wings.

Lucifer: Book One was written by Mike Carey with art by Peter Gross.  DC Comics’ Vertigo imprint published the book in 2013.  This is a side story of the Sandman comics.

The Pacing Is Straight Out Of Hell

I’ve had this sitting on my tablet for a long while.  I wanted to read it and it has gotten really good reviews, but it is on the longer end of what I normally read.  It was a little intimidating, but I finally buckled down and read it.

I have mixed feelings about the comic.  The comic is very well written and was interesting without any kind of plothole or blemish on the writing.  However, it was really boring for the most part.

This Lucifer is taken from the Sandman comics and it is very apparent because it suffered from the same problem I had with later Sandman stuff.  The pacing is extremely slow.  I read issue after issue with almost nothing happening.  The book has multiple standalone kinds of stories with an overarching story, but they are so drawn out.

Lucifer Is A Torturous Read

It took me forever to read this and I don’t know why.  It is not dialog heavy or confusing in any way where I’d have to re-read stuff.  The issues took me three times longer than a normal issue would.  This was a difficult read because I want it to get to the point and get to some kind of action.  This book could have had 100 pages removed and it would have been 100 times better.

Lucifer Is A Jerk

The lore of Lucifer and the whole universe was interesting and I would have loved to see more of that stuff.  However, we get so little of interesting people or lore.

What came as a big surprise to me was what a terrible person Lucifer is, but let me explain.  In the Sandman comics when we meet Lucifer he doesn’t seem evil.  He made a mistake and is tired of having to pay for that mistake.  The reader kind of feels sorry for him.

However, in this he is a huge jerk.  What is weird is that I know there is a show based on this comic.  The Lucifer in this has zero redeeming qualities and I don’t see how a show could have its star be such a terrible person.

Lucifer being such a jerk made me dislike reading this.  I hoped every plan failed and everyone close to him died.  The entire comic I couldn’t care less about him getting his wings or if his plans succeeded or failed.  I just wanted the comic to be over because I don’t care about Lucifer and was very bored.

If you are looking for a fun and fast paced comic about a suave devil then don’t read this. 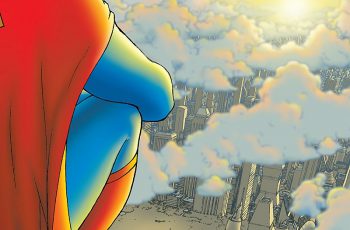 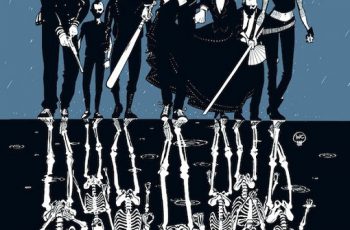 The Deadly Class show starts on Wednesday the 16th and …