The meeting was fateful and one that is important to Star Wars fans, as Filoni is regarded as having continued Lucas’ legacy with aplomb.

“I almost didn’t get the job because I thought it was a practical joke,” Filoni told fellow directors of Star Wars: The Mandalorian at a roundtable set up for the documentary. He explained that the person on the other end of the phone said that they were calling from Lucasfilm Animation. Filoni didn’t believe it because he didn’t believe there was such a thing as Lucasfilm Animation.

“You get so used of getting picked on,” Filoni said.

He didn’t believe that Lucas recommended him for the job.

When Filoni was told that Lucas wanted to meet him, Filoni asked: “Who put you up to this?”

The person on the other end of the phone asked if Filoni was the Filoni who worked on The Last Airbender.

Then Filoni realized that the call was legitimate.

“I’m so the guy!” Filoni reported saying, then saying that he said on the phone that he was working on a Jedi costume in his garage.

Filoni met Lucas after two rounds of meeting with other people. When the time came, Filoni said he was sitting there, thinking that Lucas is “the best in the business” and that when Filoni would be in line for “Star Wars: Episode III – Revenge of the Sith,” his cred would shoot up.

In the meeting, Lucas was explaining how a Jedi would negotiate, comparing the Jedi to a samurai and that a Jedi would “negotiate on (their) terms.”

It meant for “incredible validation for (arguments) with friends,” Filoni said.

Time was up on the meeting and Filoni went into a green room, where he waited. Then he was told he got the job in running The Clone Wars.

Filoni also said that Lucas told Filoni that they would not be doing storyboards, though that’s what Filoni did.

“George taught me to think more in terms of a camera and blocking,” Filoni said, adding that Lucas “always talks in terms of live-action.”

I found this meeting interesting for a few reasons. First, Filoni’s thinking that he was being pranked is funny.

Second, I love the way that Star Wars is part of Lucas.

Third, I am glad that Lucas liked Filoni since Filoni has provided tremendous Star Wars entertainment.

What do you think about the meeting, how it came to be and what happened? Was the meeting important for the fate of Star Wars? Comment below! 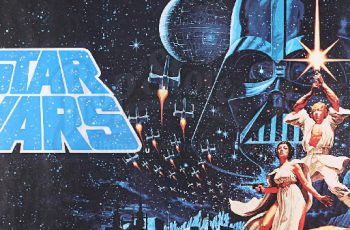 Prop Store is known for its collectibles, especially when it …
It’s been a few days since the release of SOLO: …