Yesterday Hasbro surprised everyone with a Monday reveal of new Star Wars products. Among the new slate were offerings from the Vintage Collection, Black Series, and even something from The Mandalorian. There’s no questioning the fact that the new toys are impressive…. However, they were still, in some ways, a bit disappointing. Here’s what’s “new” in the Hasbro Star Wars lineup.

First up were a handful of new Vintage Collection toys.  They include an Empire Strikes Back Stormtrooper, Leia as she looked escaping Bespin’s Cloud City, and Rogue One’s Chirrut Imwe. The big reveal for the Hasbro Star Wars Vintage collection was a new playset… if you can call it that.

There were also a bunch of “new” Black Series offerings. They included ESB 40th Anniversary pieces, but many were simply redone versions of figures already available. There was Darth Vader, a snow trooper, a solo repeat of Chewbacca from a two-part set, and even Boba Fett… again.

Look, I love these characters as much as the next fan, but there is literally an entire galaxy full of characters Hasbro Star Wars could bring to proverbial life. More and more the character retreads seem to be little more than a cash grab aimed at collectors. At least there’s a new Dagobah Luke Skywalker (pictured above) and Hoth Rebel Soldier to throw in the mix.

Last up we have The Child from The Mandalorian. This, at least, is new, different, and fun. This iteration is actually a Bop-It! Press the head and hear the voice of the Mandalorian!

Most if not all of the offerings will be available for pre-order today beginning at 11:00 eastern time. Check out the new Hasbro Star Wars toys now at www.hasbropulse.com. 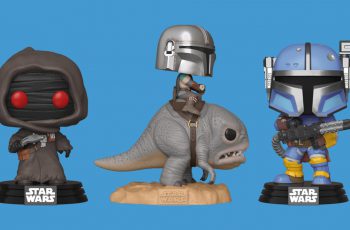 It’s going to be a big year for Funko Pop! … 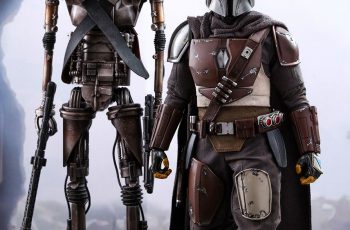