D&D Live 2020: Roll With Advantage came and went, but the new adventure for this year has been announced. And full disclosure: it’s horror based in Icewind Dale. Icewind Dale: Rime Of The Frostmaiden is the next and newest storyline for D&D. And the D&D team at Wizards Of The Coast are going all out for this new storyline. Between the main campaign guide, to minis, and even a comic series.

So get ready because we have to get info for everything that is releasing.

Adventure is a dish best served cold. At least in Icwind Dale it is.

Beneath the unyielding night sky, you stand before a towering glacier and recite an ancient rhyme, causing a crack to form in the great wall of ice. Beyond this yawning fissure, the Caves of Hunger await. And past this icy dungeon is a secret so old and terrifying that few dare speak of it. The mad wizards of the Arcane Brotherhood long to possess that which the god of winter’s wrath has so coldly preserved—as do you! What fantastic secrets and treasures are entombed in the sunless heart of the glacier, and what will their discovery mean for the denizens of Icewind Dale? Can you save Ten-Towns from the Frostmaiden’s everlasting night?

Icewind Dale: Rime of the Frostmaiden is a tale of dark terror that revisits the forlorn, flickering candlelights of civilization known as Ten-Towns and sheds light on the many bone-chilling locations that surround these frontier settlements.

You check out all of the digital preorders below:

And the covers have been revealed and look amazing as well:

To concide with the release, we’re getting a brand-new dice set.

Planning an expedition to Icewind Dale? Prepare for a cold reception by arming yourself with dice that bring the heat.

Wizards Of The Coast and IDW Publishing are creating a 4 issue comic series entitled Dungeons & Dragons: At the Spine of the World. This 4 issue series is taking readers into the worlds of Icewind Dale and Ten-Towns.

Actress Aimee Garcia from Lucifer and Dexter and former WWE Superstar AJ Mendez are teaming up for this be series, and the synopsis for it is pretty interesting.

At the Spine of the World takes place in Icewind Dale and Ten-Towns, an area blighted by feral beasts, continual blizzards, and some sort of strange madness that is gripping its residents. Saarvin, Dragonborn ranger, makes an appearance, alongside a host of colorful new characters!

The comic is launching on October 21st, and you can check out the cover below:

Wizkids are releasing a new set of miniatures for the new storyline. 40 minis in total you’ll be able to collect when they release this September.

Only the bravest of adventurers have the fortitude to wend their way past the Spine of the World and explore the dimly lit isolation that is the frozen tundra of Icewind Dale.

The Icewind Dale: Rime of the Frostmaiden line includes bone chilling new monsters to confront, like the unnerving Tomb Tapper and ferocious Abominable Yeti. You can also interact with many of the denizens of Ten-Towns, like the Reghed Nomads as they fish for their most precious resource, Knucklehead Trout. The set also includes the many forms of the Frostmaiden herself, should you dare to incur her wrath!

Collect all 45 figures from Icewind Dale: Rime of the Frostmaiden, the newest set of randomly sorted monsters and characters in WizKids’ exciting line of D&D miniatures, Icons of the Realms.

Matthew Lillard’s Company, Beadle And Grimm’s Pandemonium Warehouse have been releasing so really cool deluxe editions of some of the recent D&D books, and they are now releasing one for the new book.

Produced by B&G under an arrangement with Wizards of the Coast, their Platinum, Gold, and Silver Edition boxes take official D&D adventures to a whole new level. Each box is packed with all the elements a Dungeon Master needs. Whether you’re a lifelong gamer or an enthusiastic newbie, the Special Editions are a must-have for creating the ultimate tabletop experience.

Limited run—only 1,000 Icewind Dale: Rime of the Frostmaiden Platinum Edition boxes will be sold, which include:

These are right now available for pre-order, and are limited to just 1,000 sets getting made.

I can not wait for this to release and you can stay tuned to That Hashtag Show for more Tabletop Gaming news. 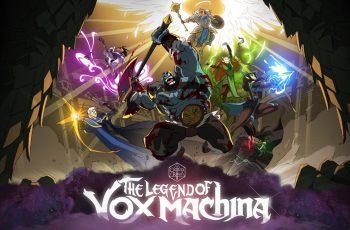 All good stories start off with a great storyteller. With … 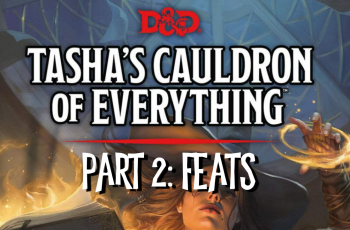 Taking a feat in Fifth Edition should always feel like …