Jon Favreau celebrates the success of his series on Disney+, The Mandalorian.  Fans and critics alike love the new series, and it has helped reunite the fandom somewhat.   Recently Jon Favreau talked with THR about some of the things that went into making The Mandalorian.  A big part of forming the idea was to listen to what the fans want, but how far does one take that?

Favreau – Listen to the Fans: Feel the Room

Favreau talked about how he streamlined he ideas for The Mandalorian.  When choosing directions, he said the following:

This type of view walks both sides of the line.  The positive belongs with giving your fans what they want.  By pissing off the fan base, the movie is already in trouble.  Add the negative press that will generate after that, and launching a successful franchise is an uphill battle.  One of the largest problems with The Last Jedi lay with the fact Rian Johnson took Luke Skywalker (the fans’ hero for 40 years) down a different character journey than what fans wanted.  This, along with a couple other issues, really turned some fans against the film.  A similar issue sank the Percy Jackson franchise which was the hottest kids’ book series at the time.

Favreau liked the idea of the Mandalorian gunslinger as the core of his show for two reasons.  The fans loved Boba Fett and wanted more of him, but also, the Mandalorians grew to be a fan favorite culture after their involvement in both The Clone Wars and Rebels.

Favreau – Listen to the Fans: Appease Fans to a Point

Having said that, the last thing a filmmaker should do is kowtow to the fan base when making all their future film choices, casting roles and story points.  Mob rule is the quickest way to suck the life out of any franchise.  It becomes boring and predictable fast.  While fans hate on things when they learn of them, there are plenty of examples where they were wrong.

Does anyone remember a little film called The Dark Knight?  Christopher Nolan cast a young upstart named Heath Ledger to animate his version of Joker in the Batman universe.  Fans hated the pick and said it would ruin the movie.  Were they ever wrong.  Ledger led the film to be perhaps the greatest comic book movie of all time as well as change the fan chants from ‘He’s no Jack (Nicholson)’ to ‘Jack who?’  Anne Hathaway did much the same with her role as Catwoman in the next film.

Also, by going after what fans want you set yourself up to not meet their expectations.  A Star Wars film fans are clamoring for is centered around Darth Revan.  While the character of Revan is a fascinating one, fans will be fast to point out anytime a plot point deviates from what they either expect or know as his canon.

Favreau – Listen to the Fans: A Fine Line for Sure

Favreau is correct.  Creators must successfully navigate between new visions and fan expectations.  Star Wars has it harder than most.  While Lucas created a large universe, he also inspired a fan base that knows every detail ever made in that universe and is long to forgive any supposed wrongs done to that universe.  Those going forward must forge a new path while respecting the ways behind them.

For more on Jon Favreau, Star Wars, The Mandalorian, or any other general pop culture, make sure to check back to That Hashtag Show.

Boba Fett may not have had a lot of screen … 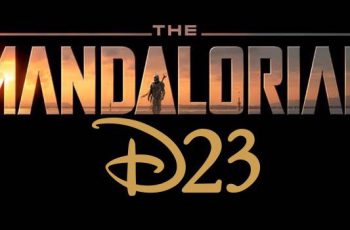 STAR WARS fans that have been waiting for their first …