Shortland said, “In Endgame, the fans were upset that Natasha did not have a funeral. Whereas Scarlett, when I spoke to her about it, said Natasha wouldn’t have wanted a funeral. She’s too private, and anyway, people don’t really know who she is. So what we did in this film was allow the ending to be the grief the individuals felt, rather than a big public outpouring. I think that’s a fitting ending for her.”

Not a Typical Origin Story

President of Marvel Studios, Kevin Feige explained that audiences would be expecting a typical Romanoff origin story. So the creative team at Marvel wanted to do something unexpected with Black Widow.

From Indie Films to Marvel

The role of Yelena Belova will definitely catapult Pugh’s career away from the indie films she is known for. Pugh starred in the anthropological horror film Midsommar, and played Amy March in Greta Gerwig’s Little Women. Pugh was also nominated for an Academy Award for Best Supporting Actress for her role in Little Women.

What do you think? Are you excited for Florence Pugh taking on the Black Widow character? Although we still have some time to see how it all unfolds. Black Widow comes out November 6, 2020.

For more Marvel news, keep up with That Hashtag Show. 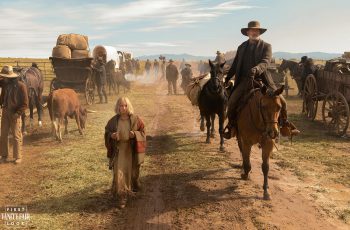 News of the World, directed by Paul Greengrass and distributed …

It’s not surprising, but it is disappointing. Marvel’s The Falcon …