Ennio Morricone passed away today, July 6th, at the age of 91. The film composer was a prolific talent in the film industry. Music adds more to a film than you know. Morricone should have been a co-director on some of the films he wrote the music for. His soundtracks led the way and brought the films up to a whole new level. He wrote and arranged the scores for multiple Oscar winning films. The ones that didn’t win Oscars, will still live on forever in the hearts and ears of film nerds for the rest of time. If you’ve heard a western made after 1970, chances are, that his score for one of the myriad films he made was ripped off.

Morricone was a titan of his industry. Paring down his best scores to just a “Top 5” was difficult. Quite frankly, it was almost impossible, besides the top spot. Whether you’re a fan of his or not, you’ve almost certainly heard his work. The music he created lifted these films higher than anything else could have. From horror, to period pieces, to the American (Italian) West, he had it all. Without further ado, here are the Top 5 Film Scores of Ennio Morricone.

#5 Ennio Morricone Score: Once Upon A Time In America

Once Upon A Time In America doesn’t really get it’s due as one of the finest films ever made. The Sergio Leone opus, tells the story of a gangster who returns to his roots to face his demons. The relationship between Leone and Morricone was already well established here, but the haunting and touching score adds to the mystique of the film. The nearly four hours long, epic tale, would crumble under it’s own weight without the titanic score of Morricone.

Leone and Morricone were dear friends, and the soundtrack to this film was played on set, to get the actors in the mood of the film.

#4 Ennio Morricone Score: Once Upon A Time In The West

You can take your pick of the various Western themes that Morricone has done in his varied career. They’re all great. What sets this one apart is the haunting and beautiful tone that it strikes. Morricone didn’t go for the traditional Western themes here. You’ll see later in the list for his masterpiece, but this one is a damn close counterpart. From the soaring vocals in the opening track above, to “Man With A Harmonica”, you can feel and hear the old West with this one.

One of the last major productions that Ennio Morricone worked on, The Hateful Eight is a film that only gets better with age. Quentin Tarantino’s cramped, tense, paranoid epic has a similarly paced soundtrack. As you can hear with the track above, it starts tense, and only ramps up on that as it goes on. And that’s just the first track from the film. The rest of the film is carried by the score, and this was a wonderful swan song for Morricone. Surprisingly, because the Academy is filled with morons, this was the first and only Oscar win of his career.

Now for something that’s pretty radically different from the rest of his body of work. The Thing combines the synth wizardry of John Carpenter with the power of Morricone. It all adds up to a soundtrack that begins and ends the film with the same sense of dread. When you watch the film, you’re already tense, and that tension is ratcheted up thanks to the soundtrack. When it’s all said and done and the camera cuts to black, the only thing that’s left is the sense of dread that you feel from the main theme. This film 100% would not be the same without the soundtrack.

#1 Ennio Morricone Score: The Good, The Bad, And The Ugly

Is there a more recognizable theme in all of films? It’s either this or John Williams’s Star Wars. The Good, The Bad, And The Ugly is one of the finest movies ever made, and it just happens to contain two of the most notable themes in all of film history. It shows the lasting effect of Morricone’s work on a film. Like I said before with The Thing, this film would not be anywhere close to the same without the score.

Another track, and another solid-gold, classic from Morricone. It’s the last gasp of the Wild West in song. The Western genre was never the same again after this film, and even more so, the Western music in film was never the same. You can’t top this, no matter how hard you try.

Ennio Morricone was a titan. He truly was. His departure will leave a hole in movie music that won’t ever be filled. If you’ve watched any movies over the past 60 years, you’ve heard one of his themes or pieces of music. There’s not much more I can say about his body of work that hasn’t already been said. Just go out, watch some of his films, and enjoy them.

For more on music, Ennio Morricone, or any other general pop culture, make sure to check back to That Hashtag Show. 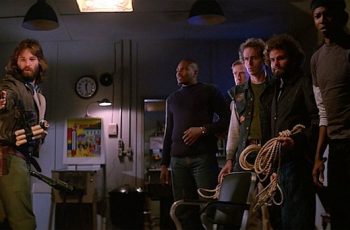 John Carpenter has many classic films in his filmography. While … 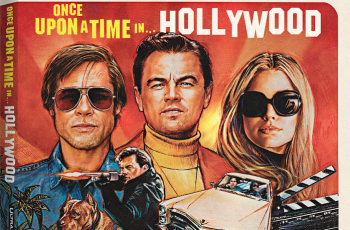 If you missed Once Upon a Time In Hollywood when …