The babysitters from Hell are back in Netflix’s The Babysitter: Killer Queen.

Quite literally, in fact. Despite having died gruesome deaths in the first movie, the members of the “psycho Breakfast Club” have been resurrected. And they’re ready to kill again.

The Babysitter: Killer Queen picks up two years after the events of the first movie. Back then, 12-year-old Cole (Judah Lewis) developed a crush on his babysitter Bee (Samara Weaving). Unfortunately, she turned out to be the leader of a satanic cult. After narrowly avoiding ending up Bee’s ritual sacrifice, Cole tried to return to life as normal.

Check out the trailer for The Babysitter: Killer Queen below.

In the sequel, Cole’s next door neighbor Melanie (Emily Alyn Lind) convinces him to attend a party at a nearby lake. Of course, things don’t go quite as planned when the cult suddenly rises from the dead and comes after Cole again. Allison, Max, John, and Sonya have one more chance to complete their ritual and escape Limbo. But if they can’t kill Cole by sunrise, they’ll drop dead (again).

The horror-comedy comes from director McG. McG told Entertainment Weekly he loved to break the normal confines of genre while working on the film.

“Making The Babysitter: Killer Queen was an absolute joy because I get to use every tool in the toolbox. What I love is that the film is not one-dimensional and I really liked the challenge of synthesizing a bunch of tones that don’t traditionally co-exist: it’s funny, action-packed, thrilling and ultimately, surprisingly, emotional,” said McG.

What to expect from The Babysitter: Killer Queen

McG said fans should expect a ton of pop culture references – and overall, a wild ride.

“If you can believe it, the film is even more over the top than the first one!” teased McG.

Fans can also expect to see most of their favorite characters from the first movie returning – with one notable exception.

Technically, Samara Weaving isn’t listed among the cast for the sequel. But the trailer definitely seems to show Bee’s return… 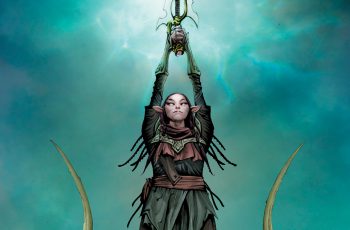 Dark Crystal fans young and old, you are in for … 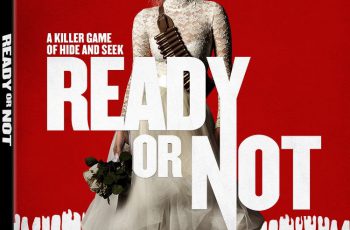 As I said in the preview of the home video …