Last week Lucasfilm and Disney+ finally threw us a bone when it comes to The Mandalorian Season 2. The Emmy-nominated show will debut its second season Friday, October 30th. For Star Wars fans it’s not a moment too soon. We’ve all been seeking something to look forward to as the COVID-19 pandemic continues. Now we have something to mark on our calendars. Thanks to Entertainment Weekly, we now also get a Mandalorian Season 2 sneak peek, as well.

Just this morning EW dropped some of the first images from the upcoming season. Din Djarin (Pedro Pascal; the Mandalorian) is back in his full Beskar armor with the Child in tow. The Season 2 sneak peek photos also give some hints about what will happen next. For one thing, Mando will definitely reunite with Cara Dune and Greef Carga.

A “first look” photo show the trio in what is clearly an Imperial installation (though whether a base or ship remains unclear.) Remember, we exclusively reported some time ago we’d see more Imps, including Imperial gunners, in Season 2. Could this be where?

In speaking about The Mandalorian’s second season, Pedro Pascal had some interesting things to say about his character:

We start very directly after the first [season] and he’s going into very dangerous territory. He is very much a passenger to the experience in unexpected ways — not knowing what’s to come, not knowing how much or how best to protect the Child. We don’t know how far he will go to do that, and they’re finding new ways to push the envelope.”

Giancarlo Esposito (Moff Gideon) also gave his own Season 2 sneak peek. “It’s so exciting for me to be in a show where I can wear a cape and own it, and where I can have a lightsaber and really own it,” the actor said before hinting that he also gets to command “a larger vehicle, hint-hint” and spend some one-on-one time with the Child.

Star Destroyer? AT-AT? And one-on-one with the Child? What will The Mandalorian have in store for us? For now this Season 2 sneak peek will have to do. You’ll have to desperately wait for the Season 2 trailer, and the season itself, like the rest of us. 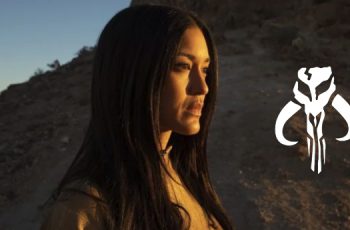 The Mandalorian is releasing to Disney+ in just two months. … 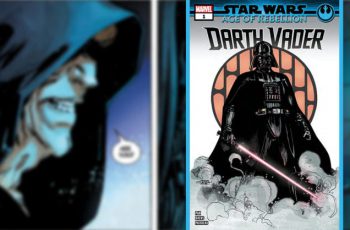 One of the most recognizable villains in all of film …