On the September 23rd edition of AEW Dynamite, a story began to emerge that was so personal and inevitable, I couldn’t stop thinking about it. Eddie Kingston, a long time indie veteran, was announced at the last minute as being in the main event against the world champion Jon Moxley, and had this to say:

It’s me and Moxley tonight for the world’s championship. I was never eliminated from the Casino Battle Royale. That’s why I’m getting this shot. You know what else? Eighteen years says I deserve this shot! Me and Jon Moxley used to be cut from the same cloth…but then Jon sold out and went to the land of sports entertainers. I never did! I stayed with the fighter! I stayed with the outlaws, and I didn’t sell my soul to the devil. So before we have our match tonight, before I put you down and become the new world’s champion, I want to look into the entertainer’s eyes. Where are you, sports entertainer? Where are you, Mox?

Kingston Flips The Script, Sort Of

For this story, Eddie Kingston, the Mad King, is the clear antagonist, come to defeat the hero of the story, Jon Moxley. But like all the best villains and antagonists, he has a point. And everything he says in this promo is technically correct. But I want to back up a bit.

When crafting a story, there are many guidelines for what makes a good villain, but there are the ones that I look for. First, your antagonist must be as compelling as your protagonist. Batman punches goon, forgettable. Batman punches Joker, memorable. Second, we must be able to understand the villain, even if we disagree with their actions. Bank robber takes one last heist so they can retire, understandable. Someone snaps and personally destroys all the cookies a Girl Scout troop is selling outside of a Vons, less so. And lastly, their actions should be logical with the scope of their goals and beliefs. Also, that they should have goals and beliefs. Trying to hinder the hero for its own sake isn’t great.

Eddie Does A Damn Good Job Of Making You Feel For Him, Even If He’s A Heel

In under a minute, Eddie Kingston accomplished all three of these.

Like Kingston says, he and Jon were cut from the same cloth. And if you’re a longtime fan of indie wrestling, or if you just have YouTube and were curious, you would know that these two have been in the same promotions. They cut their teeth fighting in backyards and parking lots. Eddie has always been Eddie, someone who in their darkest hours understood that they could never navigate the politics of business that only hurt them, and while what they wanted more than anything was for the pain to stop, the only way they knew how to do that was to hurt others.

Meanwhile, Moxley used to be this ultra-violent, mentally disturbed, self-destructive perpetual underdog. Where he differed from Kingston is that Kingston saw things clearly but didn’t know how to solve all the problems that he could see. Moxley was, more often than not, confused as to why everyone hated him.

Who Moxley And Kingston Are At The Heart Of It All

When I think of the quintessential promos of these two, for Kingston, it is:

And for Moxley, it would be:

Fundamentally very similar characters, but ultimately coming from two very different places. With Kingston, he had clarity. Moxley needed help. Or to be put down. In some ways, two sides of the same coin.

Moxley Changes Over Time From Hero To Joke Back To Hero

Moxley was always so good at his job that when he did promos, you would feel the pain of a man who knew he was sick, knew nothing good was ever supposed to happen for him, so all that he had left was hurting others to find some sort of camaraderie. To him, there was nothing more honest than two people trying to kill each other, and that was the only way for him to respect someone else. His entire persona was that he was that dangerous dude you went to high school with, and you just met him again in a darkened alley behind a liquor store. He was exceptional at convincing you that he didn’t belong anywhere that you’d want to be.

But then you fast forward a few years. Over time, Moxley incredulously became a comedy act. He worked in a PG-13 environment where even the sight of blood was taboo. He wasn’t even Jon Moxley anymore. But Eddie Kingston never stopped being The Mad King. He never went mainstream, so he was a secret to hardcore fans who sought out an alternative. Someone only “Real” wrestling fans would know, and he reveled in that.

And then along comes AEW. A promotion started by wrestlers, for wrestlers. The next Titan to try and bring back real wrestling and restore its soul. And who is their champion? Jon Moxley. Mox has an edge again, he can be funny, but mostly he’s dangerous. He’s torn a path through the roster defeating people who fought in Japan or went to proper wrestling schools or maybe had even been sports entertainers themselves. Moxley didn’t have the same upbringing or silver spoon or “brass ring” as some other people.

Kingston Is The Unheralded Signing, While Moxley Is The Franchise

And then late to the game, is Eddie Kingston. Kingston wasn’t a prized sigining. He didn’t have a huge debut like Jon Moxley did. That all they had was each other. Because even though it took him eighteen years the hard way to make it onto national TV, he’s still the same person he’s always been. He’s bitter. He feeds on his status as a guy in the trenches.

He views any compromise as a sin, and Moxley might just be the biggest hypocrite on the roster to him, because while everyone else may be entertainers, Moxley flaunts his hard knocks. But Kingston sees through that. He sees that Moxley made his paycheck doing comedy bits with a potted plant or tearing up a light-up jacket. He sees the expensive car that Mox drives. The house that Mox lives in. The wife whom he married. Moxley made it out of the trenches, and now there’s nothing hard about his life outside of the ring. He doesn’t have that pain that used to drive both of them. And that softness is a weakness. So Eddie Kingston, the man who doesn’t look like the top star, doesn’t talk the way the company wants him to sound, is here to take everything Jon Moxley has.

Meanwhile, Moxley has changed, but for the better. He’s admitted that his past self was out of control. He provides advice and care to those he sees himself in and unleashes fury on those he sees as a threat to the next generation. And one of the things that has helped him stay on top is finding the balance between pain and peace.

His hard knocks combined with forgiving himself and letting go of the past. But here’s Eddie. He is a reminder that the past isn’t dead, that there’s so much Jon can never make right. And so now the central question is this: Can Jon still overcome someone who never left the place that he came from? Someone who isn’t afraid of him because they like the place that he escaped? Instead of someone who represents the future, will it be his past that finally catches him and kills him?

People Are Going To Care About Kingston vs. Moxley For A Long Time

The reason I think this will resonate with so many viewers is because it deals with an inherent fear in all of us. That by the time we achieve success, we won’t have the time left to appreciate it. Jon is champion, but can he keep going? Is he as good as he was? And with someone like Eddie, the threat is existential.

Even if he wins, unless he truly beats him, that shadow of his past will always be there to taunt him and remind him. One of the scariest things we can imagine is that we’ll never be allowed to atone for our sins, that we will always have to live with who we were at our lowest points. And if they allow Eddie Kingston to continue to be a dark shadow for Moxley, if they allow Kingston to be successful at bringing people together in a way that Jon can’t, then AEW will have a rivalry that could haunt Jon the rest of his career. 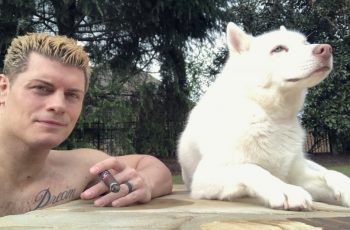 Numerous Cody Rhodes’ trademark patents have been reportedly rejected by … 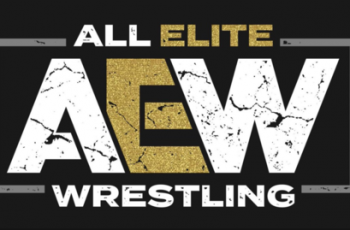 News broke yesterday that All Elite Wrestling was going to …