Hulu is taking the horror to your hair with their upcoming film, Bad Hair. If that concept sounds strange to you, that’s because it is. Here’s the official synopsis of the upcoming body horror film.

In 1989 an ambitious young woman gets a weave in order to succeed in the image-obsessed world of music television. However, her flourishing career may come at a great cost when she realizes that her new hair may have a mind of its own.

Here’s the trailer for the film as well.

So, what do you think of Bad Hair? It’s a hell of a concept for a film, and it looks like some silly fun. So hopefully the finished product is as good as that trailer looks. It’s a strike on the Faustian Bargain that so many horror movies seem to follow, so we’ll have to see when it comes out.

For more on horror, Hulu, or any other general pop culture, make sure to check back to That Hashtag Show.

Check out THS’s Fright-A-Thon for all your horror needs during the month of October. 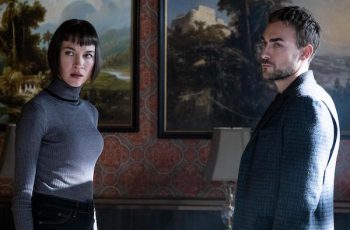 What am I talking about this time: Hulu’s Castle Rock …