THS Fright-A-Thon is in it’s infancy. This is the first of hopefully many years for the mid September/October horror marathon. If you look at the articles and the movie marathon we’re already done so far, you won’t see a lot of a couple genres. Demons and ghosts to be more specific. What do I mean by demons and ghosts? It’s a pretty broad category of horror film. Like heavy metal, horror films have arguably more sub-genres than any other major genre. You’ve got slashers, but you’ve got sub-divisions of slasher also. Is it a funny slasher film? Is it a serious slasher film? What about a slasher film based in reality? Or does the slasher get their powers through mystical means?

You can say the same about a lot of other genres. The two that I personally dislike to a reasonable degree are: demons and ghosts. You might think that Paranormal Activity and it’s various ilk are great horror films, I disagree. The Exorcist is about where I draw the line for demon or demonic possession movies. That film is a classic, not only of the horror genre, but of film in general. It’s one of the most frightening films ever, and it has one of the most iconic posters in film history.

For other films that seem to come out these days with tags of “based on a true story” and such, they just end up being formulaic, knock-offs. I’ll explain myself further, so we might as well get into it.

Watching Horror Should Be Frightening, But I Have Limits

The original Paranormal Activity was a box-office surprise. It made huge amounts of money off a razor-thin budget. You know where that goes. The movie executives seen the dollar signs, pump up the budget a bit, and then send out the sequels. You saw Paranormal Activity go from low budget darling to spin-off series in less than eight years. Now? That series is all but dead because of bad movies that came after.

Some of you are probably getting the pitchforks ready. “But Hunter! You love slasher movies and Halloween, Friday the 13th, and A Nightmare On Elm Street did the same thing!”. Yes, they did. They got gradually worse as the series went on, becoming more and more convoluted with their explanations and budgets.

The Difference Between Slashers And Demons

The slasher genre is fun. It’s like watching an action movie, but from the perspective of the thousands of nameless soldiers that Arnold Schwarzenegger is killing. That would be a hell of a horror movie. So at a certain point you root for the killer to end the horribly written lives of the characters. But what some slashers do, is instead of following the formula, they reinvent themselves. Now Wes Craven’s New Nightmare isn’t the best slasher film out there, but it did a hell of a lot to reinvent the narrative of Freddy Krueger.

What can you really do with the narrative of Paranormal Activity? Make it more about ghosts that do spooky things and drag your ass out of bed at the end of the trailer? Other than childhood frights bubbling back up, the room to breath for ghost movie ideas is pretty tight.

Now, those slasher films have definitely not done that the right way, but there’s always more to explain to what goes into a horrible killer’s backstory. A Nightmare On Elm Street tried this to middling results, but that included Alice Cooper as Freddy’s father, so that’s badass and I’m giving them all the points.

It Helps Not To Believe In Ghosts, Demons, Or Any Of Their Kind

I might be shooting myself in the foot here. But I don’t believe in that kind of stuff. Call me a Scully, because you have to REALLY prove to me that it exists. There’s a lot of silly stuff that the human mind does to either protect itself or you. That includes making you hallucinate or believe that something is there when it’s not. The real reason why we’re afraid of the dark is that our cavemen ancestors could have had their asses eaten by a tiger around that dark corner. So now, instead of the tiger being there, it’s just whatever you’re afraid of.

The same goes for ghosts, specters, phantoms, demons, and other evils. I’m sorry, I love heavy metal, I love Iron Maiden, but if demons exist, I haven’t tussled with one yet.

The small chance that you run into a homicidal serial killer is a higher possibility than running into an ectomorphic being. After all, we watch these horror movies to get some sort of release. Most of us in our daily lives don’t get that dose of fright that we want. So what do we turn to? Horror movies.

I simply don’t enjoy these types of movies for that reason. They offer little to scares other than jumps and weak premises.

Nothing Is More Frightening Than The Human Mind

Where does all this stuff that scares you come from? Some of it might be from the daily news. But the majority of things that get turned into horror movies come directly from the inner reaches of the human mind. Whether that’s a dream that you had that woke you up because it was so terrifying. Or just sitting and imagining a situation that could unfold.

Those all come from the human mind. Or if you’re like me, you suffer from sleep paralysis. And the things that your mind can create to unfold in front of your own eyes are far more frightening than what’s on screen.

Give Yourself A Better Horror This Halloween With Fright-A-Thon

If this all sounds like I’m making broad generalizations about a genre of horror movies, it’s because I am. At the end of the day, I just don’t like that genre of horror films. They don’t appeal to me. They might appeal to you. Paranormal Activity might be one of your favorite movies of the 2000’s. It just isn’t mine. Just like any genre for every The Exorcist and Poltergeist you get a million, The Exorcism of Emily Rose and The Haunting In Connecticut. Horror films that get noticed are usually the ones with broader concepts that connect with more people. Not the craptastic, pumped out, ready-made movies out there.

So if you love ghosts, demons, and all of the above that I was just ranting about. My apologies. If you hate slashers with every fiber of your being, that’s your own opinion. What we can agree on, is that horror movies are awesome. So make sure to remember that one.

For more on Horror, Fright-A-Thon, or any other general pop culture, make sure to check back to That Hashtag Show for more. 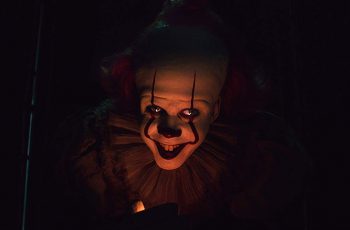 HBO Max previously announced which horror flicks would head to … 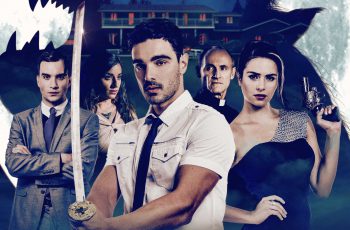 Beast Within is an awkwardly put together attempt at horror. …