Neither Jon Favreau nor Elon Musk is doing much to dispel rumors that Musk may appear in The Mandalorian. In fact, social media postings from the two men generally tend to suggest it. (Favreau’s posts are suggesting a lot of things lately, actually….) Considering Musk is, right now, the closest thing we have to an actual space man, I suppose his appearing in the galaxy far, far away does makes sense.

As you are well aware of by now, Favreau is producing The Mandalorian, the first, live-action Star Wars television series in the franchise’s history. (A second live-action series, featuring Rogue One’s Cassian Andor, will come later.) Airing exclusively on Disney’s new streaming sevice, Disney+, The Mandalorian is set to premier later this year. The story will focus on a “lone gunslinger” (Pedro Pascal) making his way through the Outer Rim. But will it feature an Elon Musk cameo?

Will Elon Musk Appear in The Mandalorian?

Favreau and Elon Musk have both been open about the fact that Musk recently visited the show’s set. Just today, in fact, Favreau posted a picture of the two together on set. He claims that they were discussing “hyperdrive technology”:

It was Musk’s Tweet a few days ago, however, that really spurred the rumor on. In it he appears to be on a ship set wielding a pretty hefty weapon:

Now, celebrities having cameos in Star Wars is nothing new. In fact, we learned just recently that Ed Sheeran would have a cameo as a Stormtrooper Star Wars: Episode IX. If the entrepreneur was to have even a bit role in The Mandalorian, he’d be following in the footsteps of Sheeran, Princes Harry and William, Daniel Craig, and others before him. Some of those gentlemen might seem out of place in Star Wars. This Elon Musk cameo, to the contrary, actually makes sense.

As we know, Elon Musk is the driving force behind SpaceX, the interstellar rocket-maker seeking to reinvigorate American space travel (rumors of a federal “Space Force” aside). I suspect he might know a thing or two about the subject matter in which he might appear.

The Mandalorian, together with season 7 of The Clone Wars, comes to Disney+ this fall.

If rumor and conjecture were physical things we’d have enough … 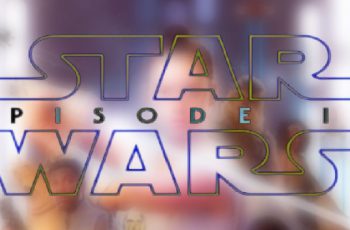 Yesterday the Internet was buzzing with Star Wars news. Between …