So, what is going on with Matt Smith and STAR WARS? As of now Disney has removed him from the official cast list of The Rise of Skywalker. So, I guess there are two possible ways to look at this. One is that Matt Smith really isn’t in the movie. Or, could they have removed him because they do not want to leak the role he is playing? Whatever the answer is, it sure will get the STAR WARS world wondering what has happened with his reported involvementin the film.

The Reports of Matt Smith in STAR WARS

You might remember that the former Doctor Who Star’s name was being kicked around the STAR WARS world back in August of 2018. The news flooded the internet when Variety reported that Matt Smith was going to join the STAR WARS: Episode 9 cast. It was reported that his role was yet unknown, but with his dopey, adorable manner, and his ability to act with menace when need he could fit any role in the STAR WARS saga. Two of the most popular theories were that he was going to play Grand Admiral Thrawn or a young Palpatine

SEE ALSO: Matt Smith: Do or Do Not Star In Episode IX

Is Disney hiding his role?

So, is Matt Smith still doing something with The Rise of Skywalker? Could he be playing one of those rumored roles? Or could he be a bigger part of the story like a member of the Knights of Ren? Disney has always done a great job of keeping secrets from STAR WARS fans. So could Smith’s removal from the cast list be one of those things to throw fans off the trail? I guess we will have to wait to find out in December.

I guess the real question is will we see Matt Smith in The Rise of Skywalker? What are your thoughts about him being removed from the Episode IX cast list? What roles would you like to see Smith play if he is still part of the cast? Well, That Hashtag Show wants to hear from you. You can do that by hitting us up on Twitter @thathashtagshow and myself @starwarsnerd574. You can also comment from this article as well. Also make sure to stay up to date on all the Star Wars news by following us at ThatHashtagShow.com.

Having a $100 million budget to produce the first live … 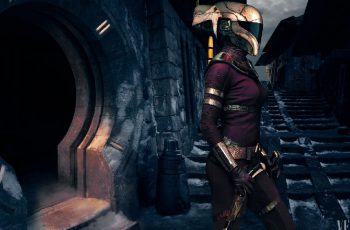 Unless you have been living under a rock the last …