In case you missed it, this past Saturday at San Diego Comic Con Marvel Studios announced phase 4 of the MCU. During the panel, it was announced that the next Thor movie would be titled Thor: Love and Thunder.  The director Taika Waititi and stars Chris Hemsworth and Tessa Thompson were out on stage, all expected.  What fans weren’t expecting was Jane Foster actor, Natalie Portman, to join her co-stars on the panel.  Even less expected was when Waititi handed Portman Thor’s hammer, Mjolnir.

Thor: Love and Thunder is not slated to be released until November of 2021.  However, the symbolic handing of the hammer to Natalie Portman, Jane Foster in the films, already has some fans losing their collective crap. I mean put that together with the fact that Tessa Thompson’s character Valkyrie was confirmed to be gay and you might as well just call this movie Steel Magnolias, right? No! As a fellow comic collector and fellow geek…stop the chest beating with fake masculinity, or our collective asthma will act up.

During the 2014 storyline “Original Sin”, Jane Foster is diagnosed with cancer. Around the same time Thor loses his worthiness to wield Mjolnir. While Jane is with the Asgardian Gods, she finds the hammer and actually manages to lift it, becoming an all new female Thor. She keeps her new powers a secret even from Thor. The downside to her powers is that when she transforms into Thor, all the chemo is driven out of her body which causes Jane to keep getting sicker and sicker. Jane Foster eventually joins the All-New, All-Different Avengers.

However, this is not the first time we see Jane Foster wield the magical hammer in the comics. The concept of her gaining the powers of Thor had previously been explored in an issue of What If No. 10 (August 1978). As a fan I get it, you don’t want the characters you grew up reading changed. And when publishers swap out an iconic character with no real explanation to appease the public it is bothersome. But I don’t see this as the case as Hemsworth is most likely at the end of his contract. Like Sam Wilson becoming Captain America, Jane Foster becoming Thor is a story ripped straight from the pages of comics. 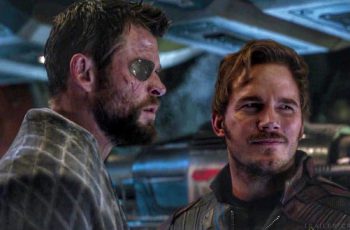 The Hollywood Reporter is reporting that Chris Pratt is joining … 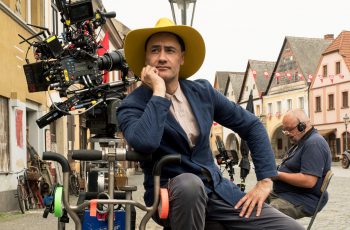