Tells us how you really feel, Freddie Prinze, Jr. Oh, wait, he did.  And boy oh boy, did he do it in epic style. As part of an upcoming podcast for #jeffdyesfriendshippodcast, Prinze, Jr. unloaded in an expletive-filled rant about the Force, Star Wars, and its fandom. You can watch the rant in the video below:

The Star Wars Rebels actor started by qualifying his statements, declaring that “I know more about the Force than most people, because Dave Filoni taught me, and George Lucas taught him.” Honestly, he’s not wrong. Freddie Prinze, Jr. portrayed the Jedi Kanan Jarrus through four seasons of Rebels. Like Dave Filoni’s The Clone Wars before it, Rebels was steeped in the Force. Both shows dove far deeper into the mythos of the Force than did any of the live actions films. In Rebels, Kanan Jarrus was at the very heart of it.

Getting right to it, he explained how at its core Star Wars is all about balance. “Luke’s skill doesn’t dictate whether he wins or loses… the Force dictates who wins or loses based on balance.” In order to offset the power of the Dark Side (Palpatine and Vader), the Force dictated there would be two to uphold the Light Side. Those were, of course, Anakin’s twins, Luke and Leia.

Freddie Prinze, Jr. isn’t too happy about fans’ ire at the Star Wars franchise lately, either. Specifically he targeted complaints about how characters (okay, Rey) are too strong at the get-go. Star Wars does that for a reason, he says. “You don’t get to level up in Star Wars,” he explained. It’s not a video game, and that’s just not what Star Wars is about. Every character plays a very specific role, because that’s what the Force dictates. Citing Greek mythology, he noted that Darth Maul was forever destined to fail…. But that’s his role to play in the greater Star Wars scheme.

What do you think about what Freddie Prinze, Jr. has to say about Star Wars? Let us know in the comments below! 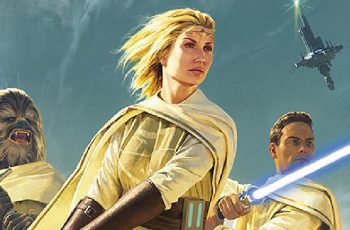 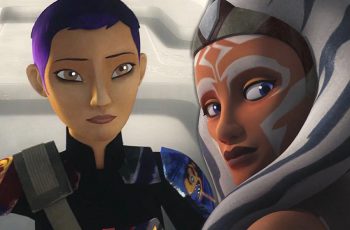 Dave Filoni sure does like to tease Star Wars fans. …