Ask any actor if they would appear in Star Wars, given the chance, and you’d be hard-pressed to find one that says “no.” Ewan McGregor famously ignored his uncle Denis Lawson’s warnings and became the Obi-Wan Kenobi we know today. Likewise, actress Brie Larson hasn’t exactly been shy about her desire to star in Star Wars. Thus it should come as no surprise to know that Diego Luna is almost giddy about reprising his role as Cassian Andor in an upcoming Rogue One spinoff.

Luna, of course, portrayed Rebel spy Cassian Andor in 2016’s Rogue One: A Star Wars Story. The film chronicled the events leading up to the opening crawl of the original Star Wars. Andor, together with Jyn Erso and others, were responsible for stealing the Death Star plans integral to A New Hope’s plot. The film, however, painted a much different picture of the galactic civil war than we were used to. Luna is excited to explore that premise further in the Rogue One spinoff.

~Diego Luna to Variety at a screening of Narcos: Mexico, Season 2 last week.

And why wouldn’t he be excited? Rogue One did something no other Star Wars film had done before. It showed the harsh reality of the galaxy far, far away. It’s darker and more realistic tones (for a science fiction film) made the film more relatable and less “hero”-centric. Now that The Rise of Skywalker is out, Rogue One is now more or less cemented as the best Star Wars film of the Disney era. Creating a Rogue One spinoff for Disney+ is a no-brainer.

Production for the Cassian Andor Rogue One spinoff is set to begin later this year, with the show premiering in 2021. Alan Tudyk will also return as the sarcastic and cynical former Imperial security droid K-2SO. Other than that, despite what you may be hearing, there aren’t many other official details about the production.

Stay tuned here to That Hashtag Show for all your Star Wars news, including updates for the Cassian Andor series! For more information you can always visit starwars.com. 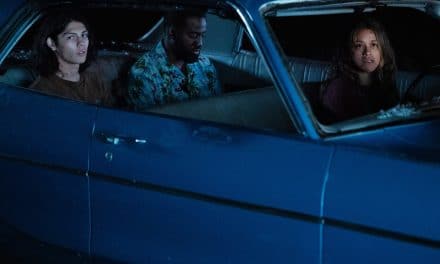