Season 2 of The Mandalorian may have just finished production over a month ago, but that doesn’t mean we can look forward to season 3 right? Yes I know that we won’t even get Season 2 until October. But thanks to a exclusive report from Variety, we now know we are going to get even more of The Mandalorian after season 2 is done.

The Mandalorian Season 3 in the Works

According to Variety sources close to the production have confirmed that Jon Favreau and Doug Chiang have been hard at work for a while on season 3 of The Mandalorian. Here is what Variety’s sources reported:

“Jon Favreau has been writing season 3 for a while, and that the art department, led by Lucasfilm vice president and executive creative director Doug Chiang, has been creating concepts for Season 3 “for the past few weeks.”

“We’ve just started pre-production and are looking into further adventures for the Mandalorian in Season 3,” revealed one source. In addition, another source with knowledge of the situation confirmed that the production design department began working on season 3 on April 20, pointing to the fact the department requires “such a huge lead time” to explain why “the gears have started grinding really early on.”

So, there you go it looks like we have a lot more of The Mandalorian to look forward to but lets try not to skip ahead to far. Also, please remember until this is announced by Disney or Lucasfilm, all of this needs to be looked at as rumors. Also with also all details of Season 2 still under-wraps who knows what will happen.

What we do know. Or, what should I say, what we think we know, is that there will be some great content and surprises coming our way in October. One of this biggest reports out there is that Rosario Dawson will make an appearance as Ahsoka Tano. Also with other news of actors Bill Burr and Ming-Na Wen coming back and Michael Biehn joining them, there is enough for us to focus on until The Mandalorian season 2 hits.

So, are you excited to know that we have more of The Mandalorian heading our way? Also coming back to season 2, what are you hoping to see when this series starts? Well, That Hashtag Show want to hear from you.

I think one of the biggest issues with Disney buying … 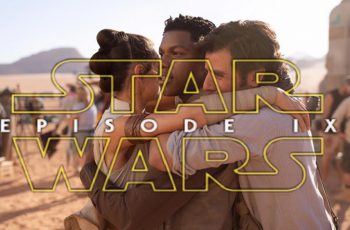 When Star Wars: The Rise of Skywalker premiers, it will …